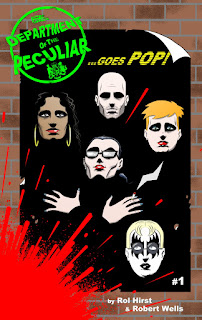 Taking a break from my break to let you know about my new comic. Now, I realise this will only be of interest to a few of you, and no worries if that's not you. But if you've read any of my comics before - particularly the last one I released before my "retirement" from writing, Department of the Peculiar - you may be interested to know that the second story from that series is set to be released soon... if we achieve our publishing target on Kickstarter. The book was mostly written about five years ago (around the time the first story was published) but for one reason or another it's been on hold since then. However, my collaborator and all-round artistic genius Rob Wells has been pushing hard to get the story out there and drag me out of retirement, and the Kickstarter looks like it may just do that.

How is this relevant to a music blog? Well, the latest story is Department of the Peculiar Goes Pop, and it may be on interest to music fans beyond the normal comics fanbase. You can read much more about it here or click on the images below for a preview of the first three pages in which something very nasty happens to a bunch of musicians you may almost recognise...

If you fancy helping us on our way to our publishing target, all help will be gratefully received. But I won't hold it against you if you don't - this isn't for everybody, just the discerning few.

See you back here on Saturday for more Snapshots. 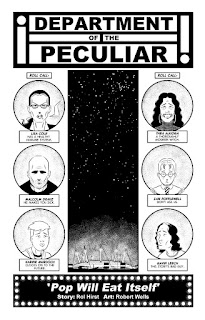 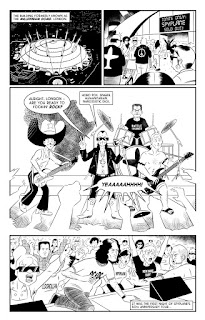 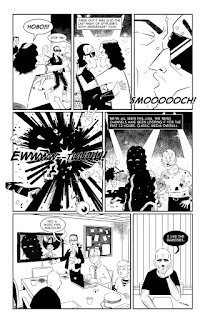